The future of fishing!
September 2016 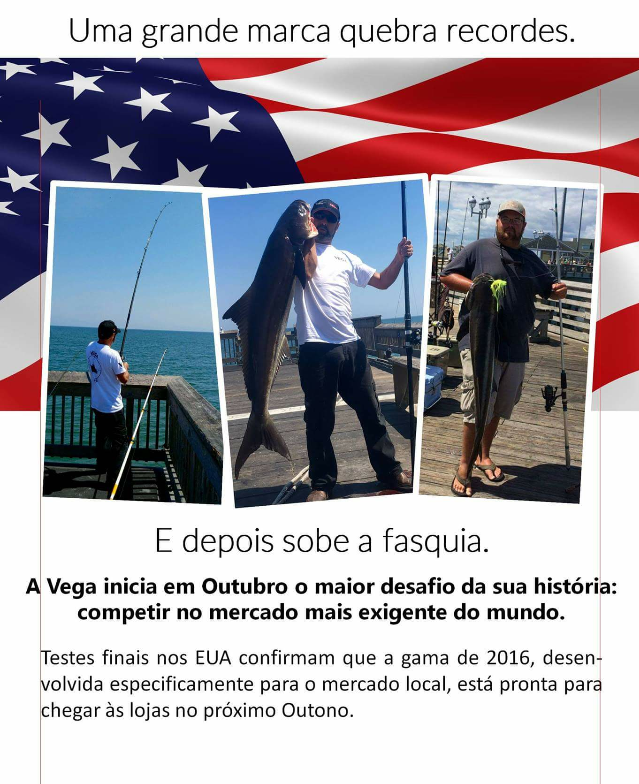 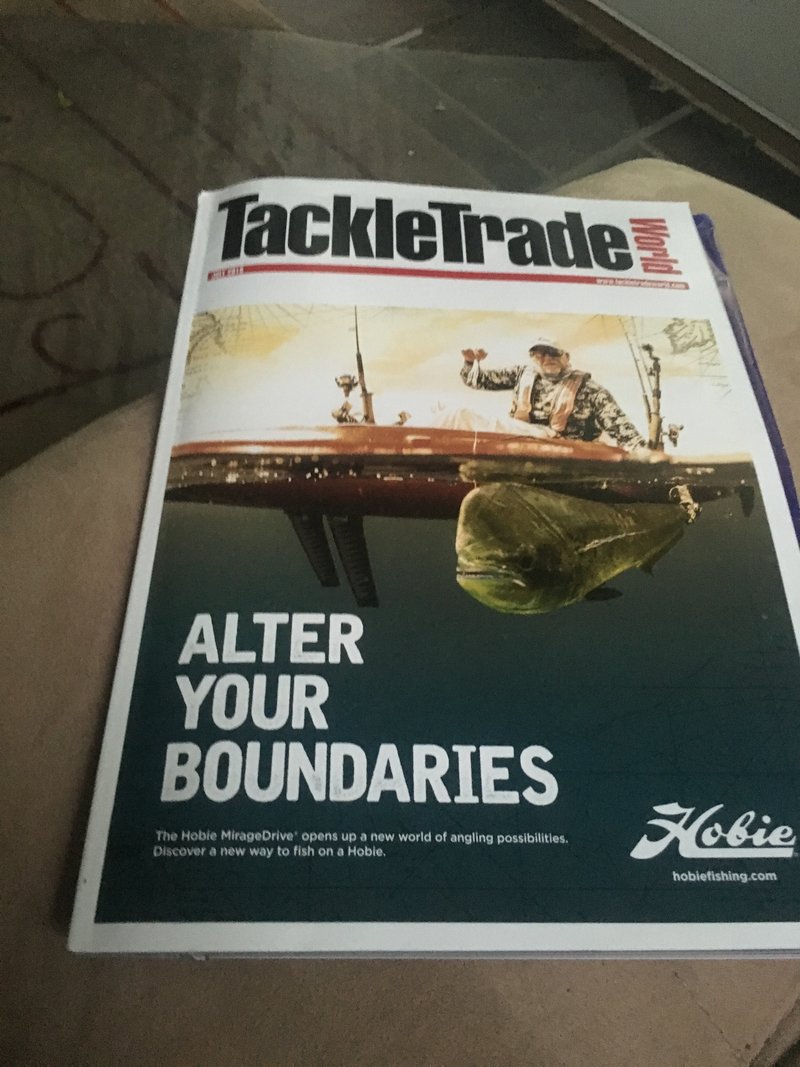 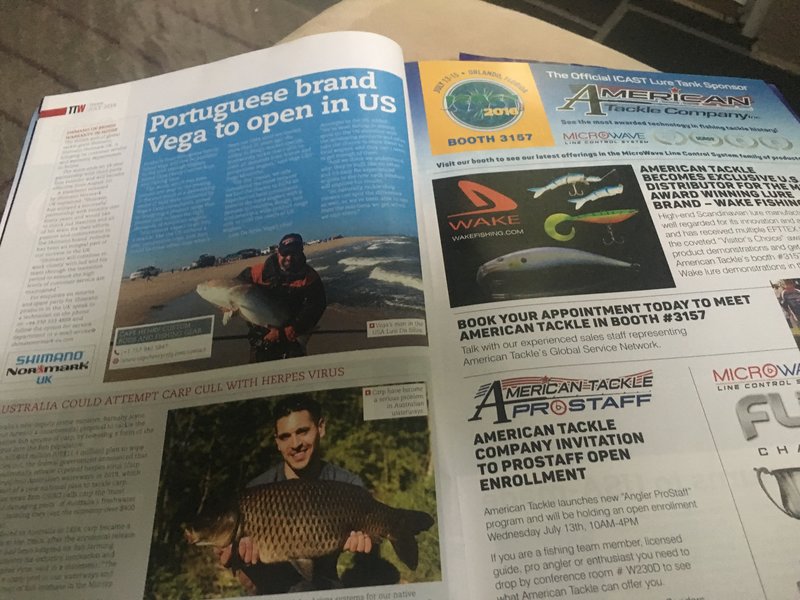 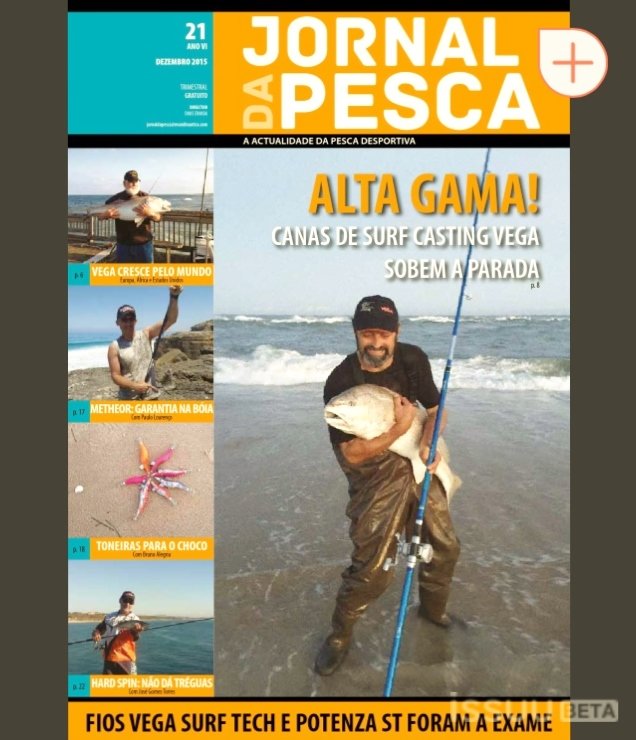 with regard to international representation, with this present momentum in more than 20

Highlighted is the possible entry into the most competitive market in the world: The United States.

Vega is collaborating with local consultants, mainly in the surf casting area, who are undertaking a wide series of field tests involving fishing various regions to identify the differentiating features of the products that will be part of the range in 2016. For now, the reports coming in show great satisfaction from fishermen with the products presented to test, with one consultant declaring "what we have seen around here does not compare. "

Smartphone users can use the links here: 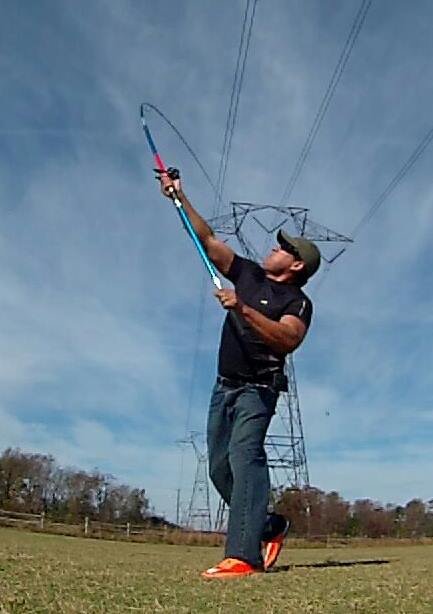 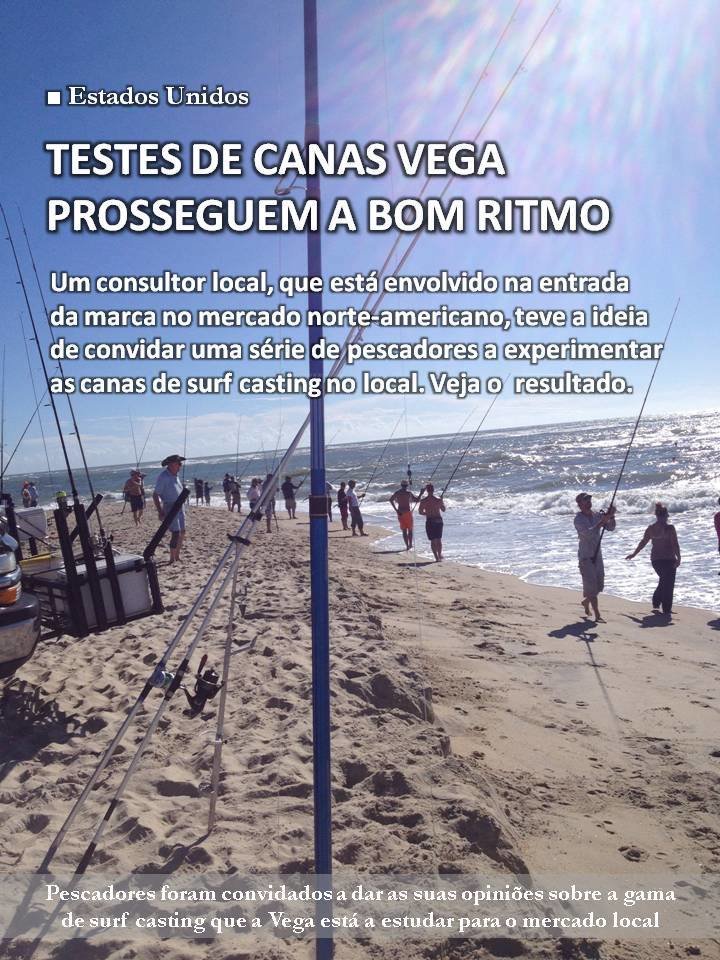 A consultant who has helped Vega prepare its deployment in the North American market had the idea to take three of the surf casting rods from the collection for the most realistic test possible: the opinion of fishermen.

For this, it led them to a beach frequented by fishermen, the Cape Hatteras, North Carolina, and asked people to experiment and give their opinion.

The blue Potenza Premium was the favorite-people liked the appearance, the handle and the weight.

“Everybody liked the appearance of rods. They were very impressed with the colors and design and considered them to be very beautiful in overall appearance. Everyone liked the shapes and materials of the handles ", he said. In a sea of black rods, these really stand out!”

A journey that provided valuable information for defining the brand ranges for that all-important market next year. 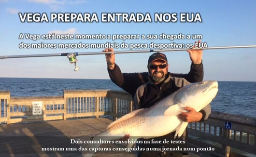 Continuing its international expansion strategy, Vega is currently preparing its entry into one of the world's largest markets of sport fishing, the U.S.

To this end, the brand is undertaking a collaboration with local partners-a series of “field tests” of various products of different ranges-in order to define the most appropriate solutions to this important and strategic market .

The range of the brand in that country will be composed of both models known in the European markets with new solutions specific to the U.S. market, so that the future importer can respond to demands made by local fishermen.

Battery tests of the first products resulted in a first opinion from one of the local consultants who have pointed out that the quality of the manufacture of rods was considered excellent: “What we have seen around here does not compare.”